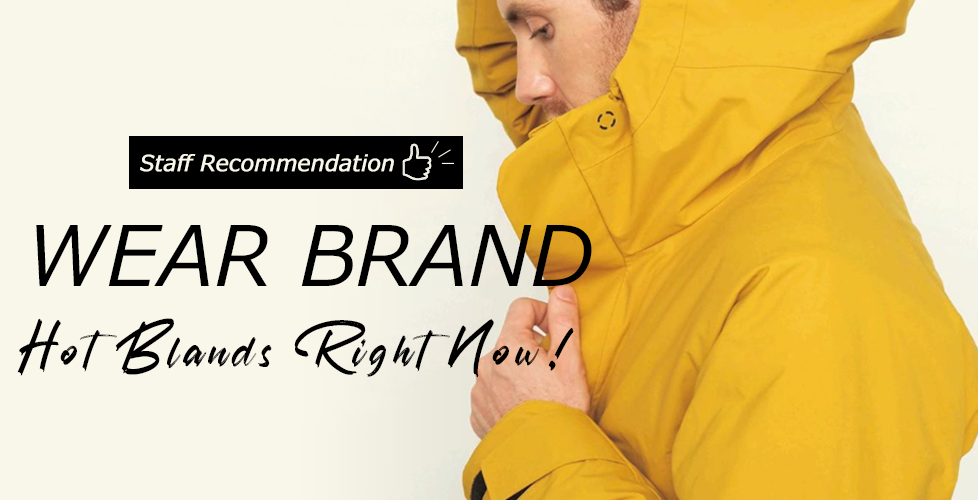 You can't go wrong if you wear this! In this time, we will introduce five long-established brand manufacturers that have been leading the ski wear industry in Japan & carefully selected brands that are attracting attention.
We will also pick up the trend of ski wear!
There are many ski wears that can be used by both men and women, so skiers should check them out!

Staff Recommendation!
What are the popular ski wear trends? 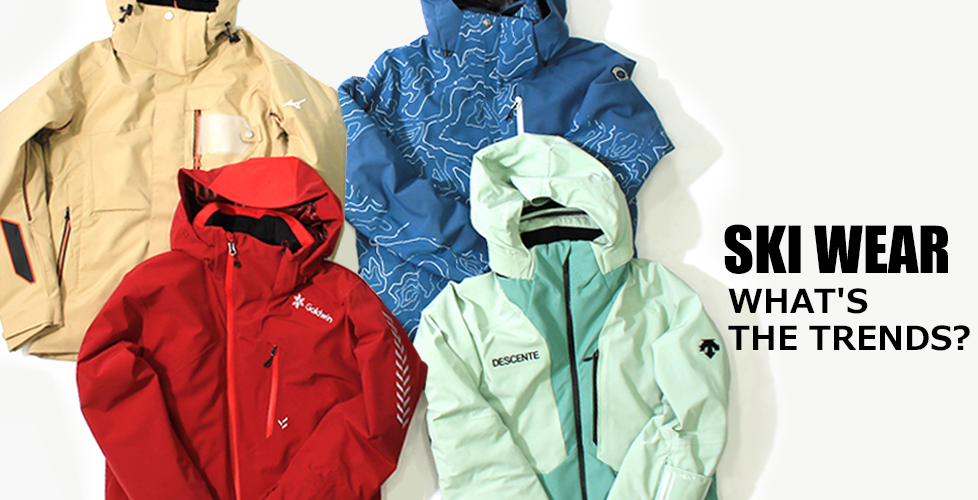 ◆What Colors Are Hot Right Now?

Many brands are using soothing colors like earth colors as the overall trend this year.
（*Earth color is a term that refers to brownish or greenish colors that remind us of nature, such as earth and plants.）
It is characterized by the use of colors that are close to primary colors rather than fluorescent colors, and many pastel colors. 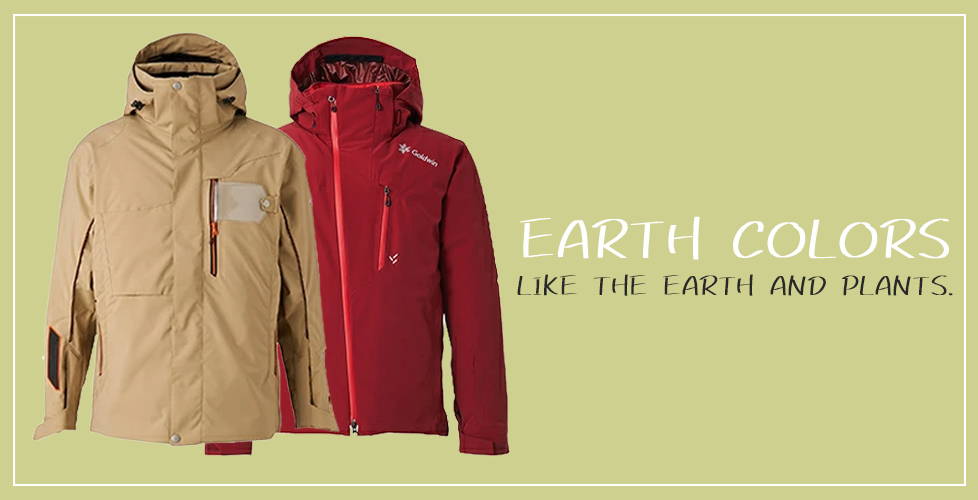 ◆What Design Are Hot Right Now?

◆What Pattern Are Hot Right Now?

There are very few printed patterns, and the trend is toward more simple design that will never get old. 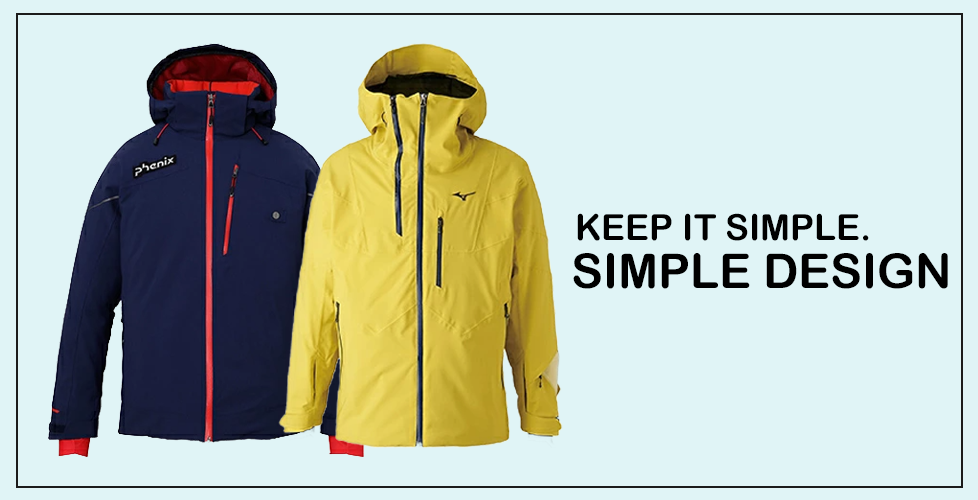 Founded in 1952, Phoenix Inc. is a sportswear manufacturer in Tokyo, Japan.
Carry the company's eponymous brand PHENIX, the technical fashion wear brand ALK PHENIX, and Kappa, a global sports brand from Turin, Italy that has been in business for over 100 years.
PHENIX was the official supplier of the All Japan Ski Team for 12 years, from the 2006-2007 season to the 2017-18 season.
Phoenix has been providing the official uniforms for the players as well as the executives and staff.
However, in 2008, most of the shares were sold by ORIX, the parent company, to a Chinese sports apparel company "China Dongxiang Group Co.,Ltd.", and the company is now being rebuilt under Chinese capital.
For this reason, PHENIX is no longer the official supplier of SNOW JAPAN from the 2018-19 season, but PHENIX is still very popular, perhaps because of its design, and the PHENIX brand continues to be the most common team wear for university ski teams and adult ski clubs.

This year's model is another Phoenix-like lineup that never betrays its originality.。
The most popular colors are bordeaux, ink blue, and royal blue.
Many of our customers choose this model because of the switching design under the armpits, which makes it look good on the snow.

Founded in 1935, Descente Co., Ltd. is a manufacturer specializing in sportswear with its headquarters in Osaka Japan.
The company is particularly famous for its baseball uniforms, but the name "Descente" is actually derived from the French word "descente," meaning "to descend.
The downward-pointing "three arrows" in the company's logo represent the straight, slanting, and sideways sliding of skis.
DESCENTE is also the official supplier of the Japan National Team "SNOW JAPAN", and from the 2018-2019 season, the uniforms of the Division.2 team Alpine, Snowboard Alpine, Demonstrator will be provided by DESCENTE.
In addition to the Japanese national team, DESCENTE has also provided clothing for the Swiss, Spanish, and Korean national alpine ski teams.
This year's model lineup expresses DESCENTE's strength with an awareness of fighting.
The most popular colors this year are the new Calm Green, Purple, and the Ochre.
The color block design is different from last year's model and is a ski wear that you can't miss this year.

Mizuno Corporation, founded in 1906 and headquartered in Osaka Japan, is one of Japan's leading general sporting goods manufacturers.
It is one of the largest sporting goods companies in Japan, ahead of ASICS and DESCENTE.
Mizuno is also the official supplier of the Japan national team "SNOW JAPAN", and from the 2018-2019 season, Mizuno is providing the uniforms jump, combined, and cross-country for the Division.1 team.

This year's model has a rich lineup of colors and designs that are different from previous Mizunos, so you won't get bored.
The most popular colors are the new lark beige, cherry jupilly pink, and the fluorescent green scene.
It is a multifunctional garment that can be worn for a long time.

Goldwyn Inc. is a Japanese sportswear and sporting goods manufacturer founded in 1951 in Toyama Japan.
In addition to the company's own brand, Goldwin, also handle many other famous brands such as THE NORTH FACE, HELLY HANSEN, ELLESSE, and SPEEDO as licensed brands.
The official supplier of the Japan National Team "SNOW JAPAN", and since the 2018-2019 season, Goldwin has been providing the uniforms (mogul, aerial, ski/snowboard cross) for the Division.3 team.
This year's model comes in vivid colors that only Goldwin can produce.
The new butterfly yellow color is sure to stand out on the slopes.
The navy color, which has been popular since last year, is a more relaxed color, so you can enjoy various color combinations.
In addition, the mountain green color, which is not often seen in ski wear, is an excellent color that can be used in town.
The weight reduction has also been upgraded from last year, and it is a ski wear that continues to evolve.

ONYONE Co.Ltd. is a sportswear manufacturer established in 1961 and headquartered in Niigata Japan.
Initially specializing in ski wear, the company became an official supplier to the Ski Instructors Association in 1989, the Swiss Ski School Association in 1991, and the All Japan Ski Federation in 1993.
Since 2005, the company has been the Japanese distributor for Italy's BRIKO, and has expanded its products to include bicycles, baseball, and outdoor activities.
This year's model has a lot of colors that are a combination of earth colors and vivid, bright colors. You can feel the new ONYONE.
The use of two colors, one with a low tone and the other with a high tone, makes for an excellent match with the slopes.
The use of prints that are not found in any other brand stands out, and it becomes a wear to achieve a cool slide.

Salomon, one of the world's top manufacturers, is a long-established French manufacturer.
It is supported by many skiers and its name recognition is increasing year by year.
Salomon's products are highly popular and are made with attention to every detail in terms of safety, functionality, and design.
Salomon's products are highly popular for their attention to detail in safety, functionality, and design, and are also highly regarded for their high water resistance and breathability, which allows moisture to escape without letting in wind.
If you are particular about your ski wear, Salomon ski wear may be a good choice for you.
The functionality is unquestionable: water pressure resistance: 10000mm, moisture permeability: 10000g, and the strength to beat the harsh snow.
The design is also simple and fits the body, making it a garment for skiers who want to show off their beautiful form.

This time, introduced the popular ski wear brands:
PHENIX , DESCENTE , MIZUNO, Goldwin , ON・YO・NE, and SALOMON.
One of the fun things to do is to wear a model that is used by professionals as your skills improve.
Each year, new products are released by each brand for both men and women, and they are all stylish ski wear with very cool designs.
You don't have to buy new ski clothes every season, but just changing your clothes for a fresh start can be exciting.
This season, why don't you go skiing with brand new ski wear and feel good on the slopes?
I hope you find your favorite ski wear!